The anterior tooth position defines the final smile of a patient. The three factors are:

This has been described in detail in the previous article (see March Private Dentistry). When looking at dental aesthetics in determining anterior tooth position, we need to consider the following factors:

The position of the anterior teeth

The arrangement of the teeth

The size and shape of teeth proportion

This function is closely affected by the relationship between the teeth. It can be signifi cantly compromised by the presence of restorations incorrectly positioned. Phonetic analysis can be an invaluable aid in identifying some of the functional and aesthetic parameters to be followed when creating a prosthetic treatment plan.

Phonetic tests are reliable and give useful information in establishing position and length as well as determining a suitable vertical dimension of occlusion.

While saying ‘E’ continuously, the position of the incisal edges in relation to the upper and lower lips should be viewed from the lateral aspects of the face.

In a youthful smile, the maxillary teeth should occupy more than 50% of this space and up to as much as 80%. In elderly patients, because of the reduced tonicity of the peri-oral tissues, the maxillary teeth should not take up more than 50% of this space so the anterior teeth do not seem excessively long in patients who would like to have a natural smile.

Correct pronunciation of the sounds ‘F’ and ‘V’ is produced by light contact between the incisal edges of the central incisors and the vermilion border of the lower lip. This gives us clues to the incisal length and the incisal profile of the anterior teeth.

Excessive increase in the vertical dimension may lead to a marked difficulty in pronouncing the ‘S’ sound because the teeth completely invade the free space when the two arches come into contact.

During the provisional phase, the clinician is able to test the patient’s adaptability to the new occlusal height. If the patient had difficulty in saying the letter ‘S’, the vertical dimension must be altered until the correct ‘S’ sound is achievable.

As a general rule, teeth should not make contact in order to produce the ‘S’ sound.

There is considerable variation in mandibular movements during pronunciation of the letter ‘S’. Some patients keep the mandible in a retruded position and others, in contrast, protrude the mandible until it reaches an edge-to-edge position, the maxillary anterior against the mandibular teeth.

This anterior movement is typically found in class III patients and a proportion of class I. Class II patients normally maintain a retruded position.

For those patients who protrude their mandible when pronouncing the letter ‘S’, any tooth lengthening, slight buccal positioning of the mandibular teeth or lingualisation of the maxillary teeth may cause unwanted contact between the anterior teeth.

This will lead to incorrect phonetics, and possible discomfort.

In contrast, excessive buccal-palatal distance between the mandibular and maxillary teeth can create too large a space, during the pronunciation of the letter ‘S’, producing the typical lisping sound.

Dentists who do not currently make use of these methods for establishing precise anterior guidance can make a quantum improvement in patient satisfaction through their restorative efforts and verify the accuracy of every anterior restoration. The relationship of the anterior teeth with function is also the principal determinant of posterior occlusal form.

The contour and position of upper and lower anterior teeth is so critical that even a millimetre in incisal edge location can be unacceptable to some patients. It is logical that if we are to copy the anterior guidance for the definitive restorations, then the anterior guidance that is being duplicated must be correct for the mouth.

There are several steps involved in correcting and harmonising the anterior guidance:

When there is harmony in the anterior guidance, a customised anterior guide table should be fabricated by the ceramist, if and when restoring anterior teeth.

Use of a customised anterior guide table is the most reliable and practical procedure we can use in restorative dentistry to duplicate the anterior guidance.

An increase in steepness of the anterior guidance can produce increased occlusal stress on anterior teeth leading to increased possibilities of fracture, wear and decementation of these anterior teeth.

A decrease in steepness of the anterior guidance will offer reduced protection during protrusive movement of the mandible to the posterior teeth, often leading to fracture, wear and decementation of these posterior teeth.

Phonetic analysis, in addition to other dental facial assessment, must still be compared with occlusal analysis. Sometimes it may be necessary to choose between apparently conflicting findings.

In such cases, after evaluating the test results as a whole, the clinician will have to make a choice based on clinical experience and insight into the patient’s realistic wants and needs.

Any decision, compromising one of the three determinants, needs to be clearly communicated to the patient prior to treatment so that there are no surprises for the patient once treatment is finished in terms of functionality, aesthetics and speech.

Contact us for any questions, requests and further information; or to arrange a FREE Initial Consultation.

Our free no obligation Initial Consultation will be with our dentist and/or our Treatment Coordinators. The suitability of options discussed will ultimately be dependent upon your clinical assessment with a dentist at the practice. 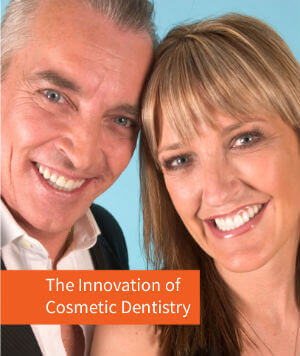 VENEERS 💫Currently we are offering complimen